CGMs are primarily used to help in the management of type-1 diabetes, although the devices can be useful for people with type-2 diabetes as well. CGMs measure glucose levels in the fluid between the body’s cells every few minutes throughout the day and night. The technology can tell the user whether glucose levels are rising or falling, and monitor trends from the past several hours. The devices also feature alarms to warn users when glucose levels are too high or too low.

“Studies have found that people with type-1 diabetes who use CGMs are able to maintain better control of their blood sugar without increasing episodes of hypoglycemia when blood sugar drops to dangerous levels, compared to those who self-monitor blood glucose with periodic fingersticks,” said Anne L. Peters, MD, of the University of Southern California’s Keck School of Medicine in Los Angeles, California, and chair of the task force that authored the guideline. “Scientific evidence supports the use of CGM technology in individuals with type-1 diabetes whose blood sugar is above the targeted level as well as those whose blood glucose is well managed.”

Although many people with type-1 diabetes use CGMs, Medicare does not cover the technology for adults 65 years of age and older. The Endocrine Society continues to call for Medicare coverage to improve outcomes and reduce hypoglycemic events in older adults.

The guideline task force also recommended the use of insulin pumps over multiple daily insulin injections in individuals with type-1 diabetes who have not met their hemoglobin A1c goals and are willing and able to use the device. In addition, pumps are recommended for people with frequent hypoglycemia or glucose variability, and those who require increased insulin delivery flexibility or improved satisfaction with their diabetes care. Insulin pump use was suggested for people with type-2 diabetes who were not meeting their glycemic goals.

Insulin pumps deliver insulin around the clock via a catheter placed under the skin. The pump gives additional insulin before meals based on what the user enters for their food intake and blood sugar level. Insulin pumps are often used in conjunction with CGMs.

Regardless of what treatment technologies are used, the guideline recommends that all patients and health care providers be properly educated and trained to use the devices.

“A device’s success is directly linked to an individual’s willingness to use and understand the technology,” Peters said. “It is crucial to ensure patients are comfortable with any devices they decide to incorporate into their treatment plans.”

The guideline, titled “Diabetes Technology—Continuous Subcutaneous Insulin Infusion Therapy and Continuous Glucose Monitoring in Adults: An Endocrine Society Clinical Practice Guideline,” was published online and will appear in the November 2016 print issue of the Journal of Clinical Endocrinology and Metabolism. 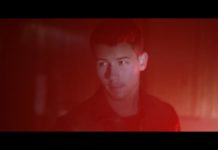 Continuous glucose monitoring in the UK 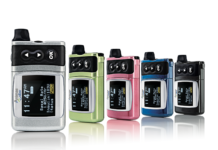 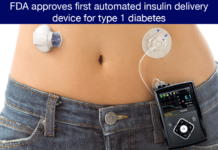 Next step to Artificial Pancreas – 670G is FDA approved 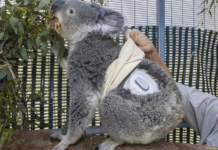 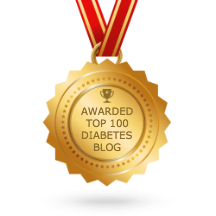